cleo85 is a 73 year old German. She moved to San Antonio, Texas after the death of her husband, a US Navy veteran of 20 years service. The couple was living by choice with a dog and four cats at the Yucatan Peninsula [Mexican Caribbean] for 18 years - more... 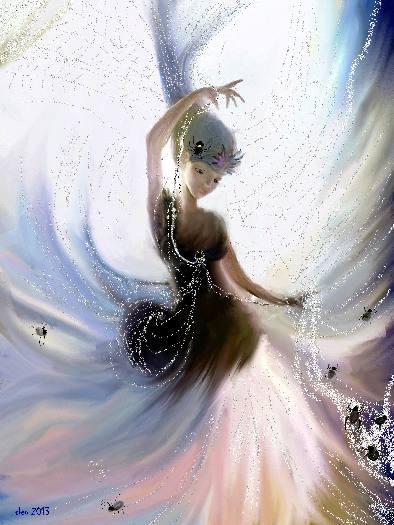 You can own this. Offers accepted.     Information
Spiders are found in folklore, mythology, philosophy, symbolism and art although history from the earliest times until today in many parts of the world. Many cultures connecting the spider with the origin of spinning, weaving, net and basket making and macramÃ© [knot work]. Spiders are symbols of patience and persistence as often as they are symbol for malice and mischief. Spider woman are known in many cultures from the Japanese shape shifter Jurogumo [Bride- or whore spider] who lures man into her net, to Grandmother Spider of the Pueblo and Navajo people, who is creator of the world. According to mythology, she spun as net, laced it with dew and tossed it into the sky, where the dew drops became the stars.

The most known legend is the ancient Greek story of a waving competition between the goddess Athena and Arachne. Athena wove the scene of her victory over Poseidon, while Arachne wove a tapestry which featured 21 episodes of infidelity among the gods of Olympus. Although the goddess found Arachnes waving flawless, the thematic angered her as the arrogance of Arachne. Athena destroyed the waving and cursed Arachne to live in sadness and with extreme guild. Shortly after, Arachne hanged herself. Athena got second thoughts and brought her back to life as a spider, making sure that spiders retrain their waving abilities forever. 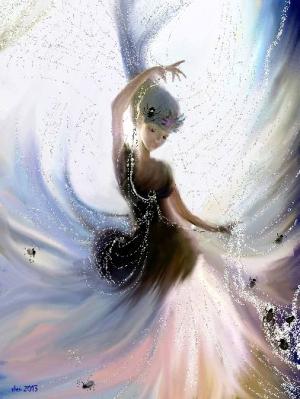 cleo85 has granted FanStory.com, its affiliates and its syndicates non-exclusive rights to display this work.
Copyright © 2000 - 2021 FanStory.com. All rights reserved. Terms under which this service is provided to you. Our privacy statement.
top
You Have No Rank
Share 4 posts to be ranked.