Avmurray (Annie) was born in Oslo, Norway, where she still lives with her husband. She has always been preoccupied with creative activities. Oil painting has been a favorite for many years. It was actually through working with that, photography cam - more...

She is a ranked digital artist and is currently at the #3 spot on this years rankings.

She is a top ranked mixed media photographer and is currently at the #2 spot on this years rankings.

View her winning contest entry here. She is also an active reviewer and is holding the #22 spot on the top ranked reviewer list.

Old Lady walking down a road 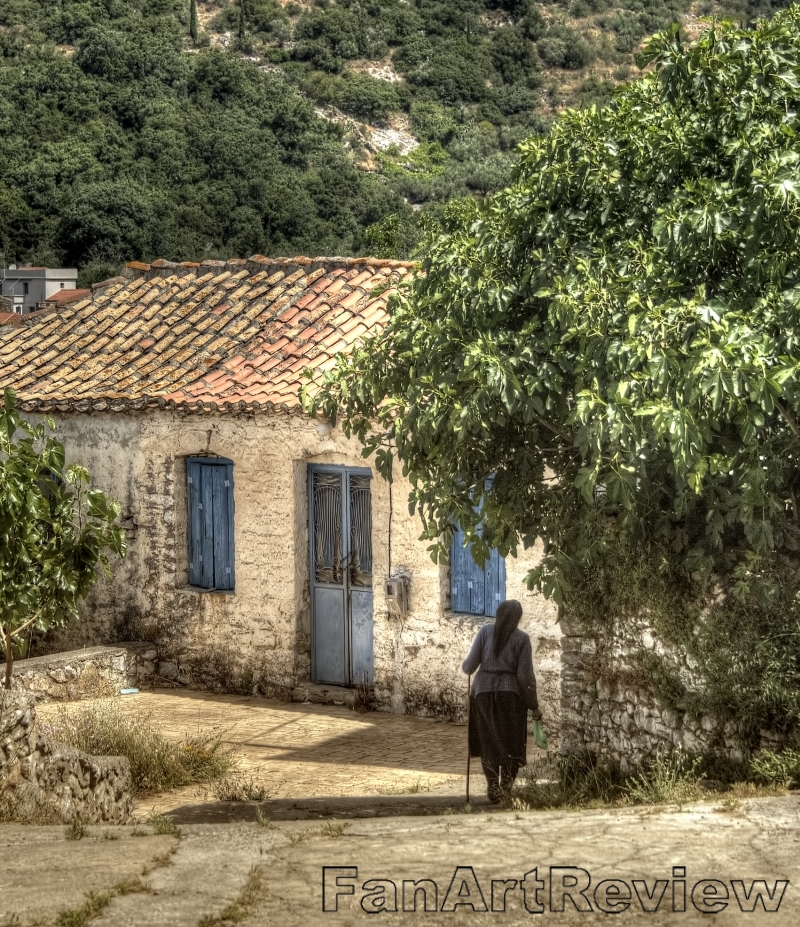 This photo was taken a couple of days ago when we stopped at the village of Lagada.

Two kilometres beyond Thalames is Lagada on the Peloponnese peninsula. This is a fascinating village, which, unlike most of the Exo Mani villages, was divided into family or clan areas like the villages of Inner Mani further south. Lagada had three main divisions. The Bloutsos family were centred in 65 houses around the main square with the beautiful church of Metamorphosis Sotiras. The area around the Kapitsinos War Tower in the south of the village consisted of a further tower dwelling (only half of which remains), a round tower and 90 houses belonging to four allied families. Above this was the Tsicholianika area with twenty houses and a church. The old houses are obviously built with defence in mind and walking through the narrow lanes is fascinating.

The main square of the village is dominated by the church of Metamorphosis Sotiras, which is probably 11th Century. It used to be encased in concrete and plaster but this was removed in the mid 1980s to reveal stonework decorated with the most wonderful cloisonné brickwork, especially on the belfry. The inside of the church has also been plastered over but tentative exploration has revealed some frescos beneath this. There is still a great deal of work to be done to expose these frescos once again and there is a written appeal and collection box for donations to carry on and complete this task. The local papas will open for you and can usually be found in the café nearby.
Post Type: Mixed Media Photography
Mixed Media: Some Photomatix Pro - Topaz Lens Effects

Old Lady walking down a road by avmurray 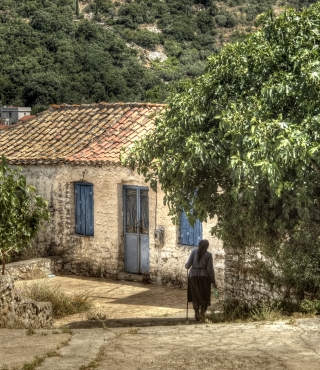