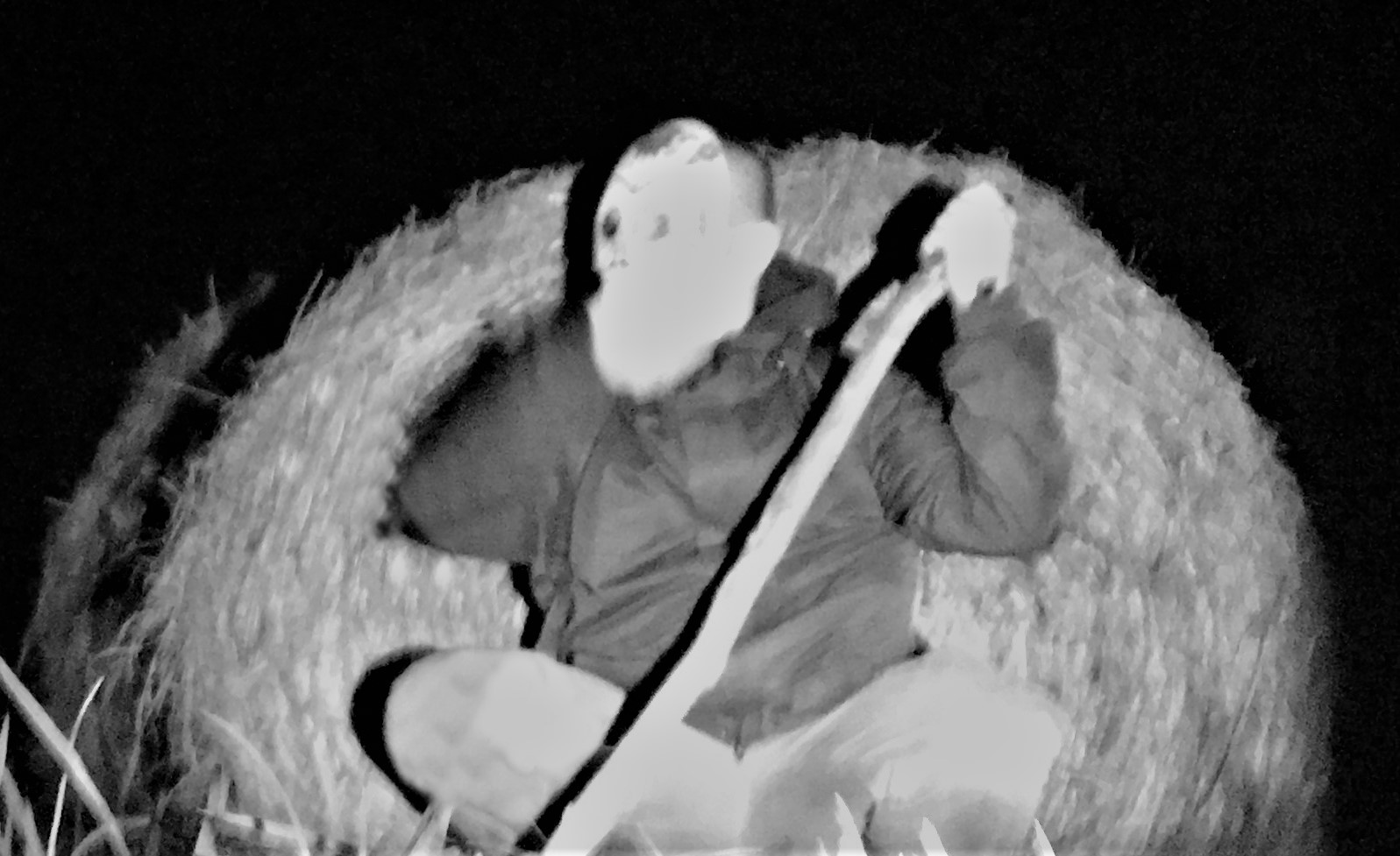 Satan Gave Me a Taco 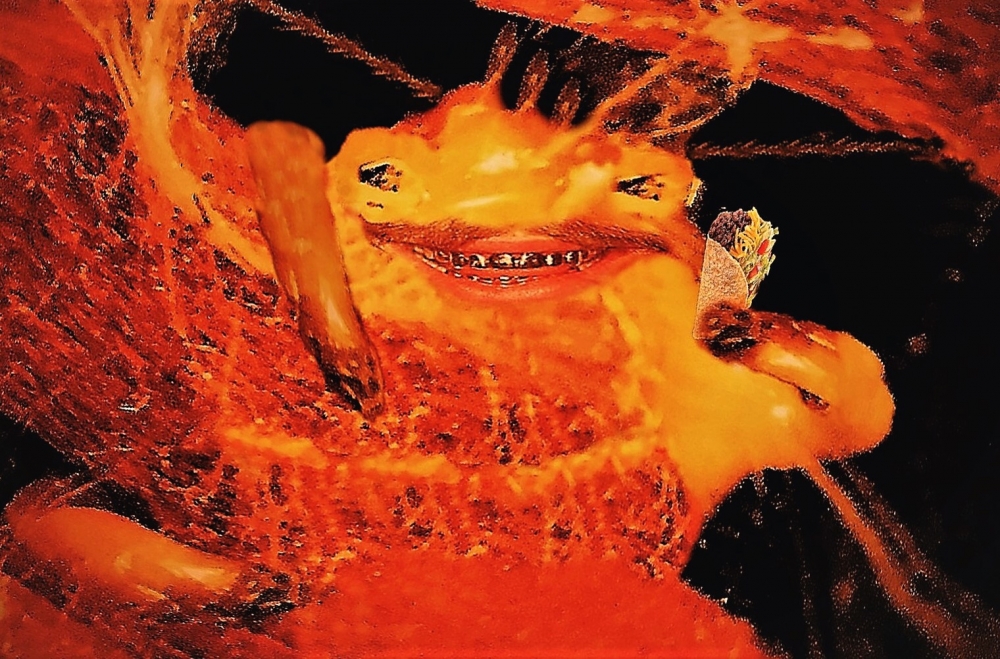 Satan gave me a taco, and it made me really sick
The chicken was all raw and the grease was mighty thick.
The rice was all rancid and the beans were so hard,
I was gettin' kinda dizzy, eatin' all the lard.

There was aphids on the lettuce an' I ate every one,
An' after I was done the salsa melted off my tongue.
Pieces of tortilla got stuck in my throat,
An' the stains on my clothes burned a hole through my coat.

My stomach was a-tremblin' and I broke out in a rash,
I was so dry and thirsty and I didn't have no cash.,
So I went and found a hose, tore off all my clothes,
Turned on the water and it shot right up my nose!

Some old lady came along and she thought I was a freak,
So she beat me with a handbag till I could hardly speak.
I was lying there naked, my body badly bruised,
In a pool of my own blood, unconscious and confused.

Well, the cops came and got me and threw me in their van,
And I woke up on the ceiling and I couldn't find my hand.
They took me to the judge, his eyes a-glowin' red,
And the courtroom was filled with witches and the dead.

Well, the sheriff was a hellhound with fangs and claws,
And the prisoners were tied up and chained to the walls.
The air was gettin' thick; the smoke was gettin' thicker,
The judge read the verdict: He said, "Cut off his head!"

Well, they placed me on the altar, and they raised up the axe;
My head was about to explode when I noticed the Marshall stacks,
I noticed all the smoke machines, cameras and the lights -
Some guy with a microphone, runnin' around dancin' in tights!
And I noticed the crew, and the band playin' down below,
And I realized I was in a rock video.

So I went and joined the band, and I went out on tour,
And I smoked a lot of heroin and I passed out in manure.

I made out with the groupies, started fires backstage,
I made a lot of money; and I gave it all away.

Well, the band got killed, so I started a solo career
And I won all the awards, and I drank all the beer
I opened up a taco stand, just to smell the smell -
Cookin' with the devil, fryin' down in hell.

Post Type: Mixed Media Photography
Mixed Media: Medium Took a photo of a break in the wooden toilet hut roof at a campsite with my iPhone, that had been filled badly with some weird yellow hard setting gel, and used PicsArt and stock material to morph and create this piece over a couple of weeks as Ive never done it before, big respect to Rasmine for her inspiration for this composition of the piece, and the genius of the musician Beck for the inspiration for the piece in general and lyrics/narrative. Happy Halloween!!!! 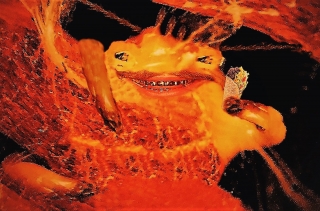