The winner of the Photograph of the Month Contest. You can view his the winning photograph here. View his winning contest entry here. He is also an active reviewer and is holding the #14 spot on the top ranked reviewer list. 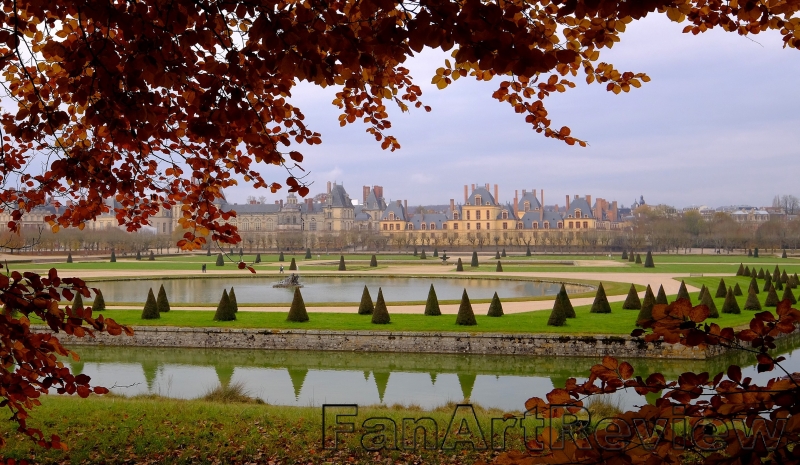 taken yesterday............................................
The Palace of Fontainebleau  or Château de Fontainebleau, located 55 kilometres (34 miles) southeast of the centre of Paris, in the commune of Fontainebleau, is one of the largest French royal châteaux. The medieval castle and subsequent palace served as a residence for the French monarchs from Louis VII to Napoleon III. It is now a national museum and a UNESCO World Heritage Site.
The earliest record of a fortified castle at Fontainebleau dates to 1137. It became a favorite residence and hunting lodge of the Kings of France because of the abundant game and many springs in the surrounding forest. it took its name from one of the springs, the fountain de Bliaud, located now in the English garden, next to the wing of Louis XV. [  It was used by King Louis VII, for whom Thomas Becket consecrated the chapel in 1169; by Philip Augustus; by Louis IX, or Saint Louis, who built a hospital and a convent, the Couvent des Trinitaires, next to the castle; and by Philippe le Bel, who was born and died in the castle.
Medieval palace (12th century).
Renaissance Château of Francis I (1528?1547.
Château of Henry II and Catherine de' Medici (1547?1570).
Château of Henry IV (1570?1610).
Château from Louis XIII through Louis XVI.
Château during the Restoration and the reign of Louis-Philippe (1815?1848).
Within the parks and gardens, spread out over a 130 hectare plot, each sovereign has left his mark: a carp pond here, an ornamental statue of Diana there, not forgetting the Grand Parterre de le Nôtre and Le Vau, the biggest flowerbeds in Europe.

framing the castle by supergold 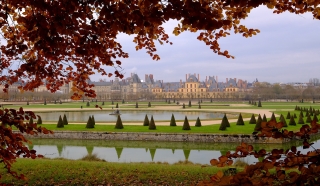