She is a top ranked traditional artist and is currently holding the #12 position.

She is a ranked traditional photographer and is currently at the #67 spot on this years rankings.

She is also an active reviewer and is holding the #44 spot on the top ranked reviewer list.

even in the camps

even in the camps 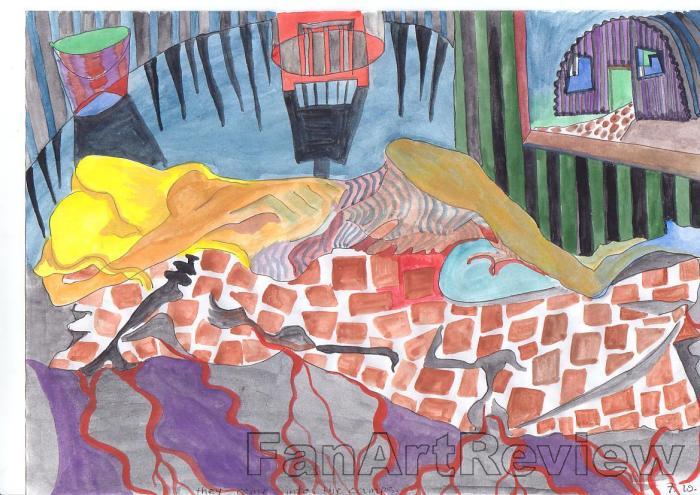 they came into the camps and lining up, raped the girls- - now look, they raped their own Royal Princesses when in captivity, the British Royals having been advised by the GOVERNMENT not to give their cousins safety in Britain, again our amazingly corrupt Parliament's orders just as now with this silent horror going on at these last decades - all the Russian Princesses were raped, all of Europe was raped by them, not just robbed, raped, beaten up- the Great Red Hero took his wrath out on helpless women, girls, babies and old women (my mum's neighbour in Bratislava was nearly eighty, they stole a mirror and a copper door knob and platoon raped her to death, she couldn't even speak German, she was a pure Slav!) and they wonder why most longed for a return to the Tsars, -for myself, I just wished I had lived during the beautiful old Austro Hungarian Empire my mum used to tell me about- and yes, I was raped and sexually abused as a small child by a Georgian - it was part of our lives.
Post Type: Traditional Art
Mixed Media: None water colours on paper
Pays one point and 2 member cents.

even in the camps by Renate-Bertodi 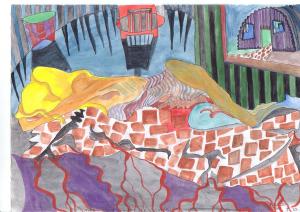 
© Copyright 2022. Renate-Bertodi All rights reserved.
Renate-Bertodi has granted FanStory.com, its affiliates and its syndicates non-exclusive rights to display this work.
Copyright © 2000 - 2022 FanStory.com. All rights reserved. Terms under which this service is provided to you. Our privacy statement.
top
You Have No Rank
Share 4 posts to be ranked.